YOUR BROWSER DOES NOT SUPPORT CSS GRID. This site makes use of modern CSS grid layout and may not display as intended.

Mpanau village is a village bordering the city of Palu in Indonesia. This village is one of the areas that experienced severe impacts due to the earthquake and tsunami waves in Palu City. This region is not far from Petobo Village which is affected by liquefaction. Most of the houses were destroyed and flattened to the ground.

Mrs. Rahmatia (56) one of the refugees from Mpanau Village said that there was nothing left from her house, so she fled with her five family members to Loru Village to stay in an evacuation tent. The conditions she felt in this evacuation tent were far from being comfortable. She must share a place with her husband and three children in a tent measuring 2 times 3 meters. The tarpaulin she used now had begun to break and perforated. The distribution of tarpaulins and other family supplies is really needed right now.

How we use LMMS

Wahana Visi Indonesia uses LMMS (Last Mile Mobile Solution) system in beneficiaries’ registration and in the distribution process. LMMS uses an infrared work system that facilitates data transmission in a fairly simple way so that the process on the ground can be faster and easier. Initially, data collection was carried out in advance to adjust the amount of assistance that would be prepared to suit the number of residents. This is so that assistance can be right on target and avoid fraudulent practices.

The LMMS system is carried out in four stages, first the registration and distribution of LMMS cards in accordance with the name of the head of the family. The beneficiary will be photographed as evidence to verify that the card is not exchanged if the same name is found, and then scans the barcode on the LMMS card, and after receives assistance.

In one process, this distribution system takes no more than 3 minutes. In conducting the distribution process, WV Indonesia continues to maintain accountability, where the distribution process is also carried out transparently. The beneficiary community can also provide input if in practice there are things that are not appropriate. They can also immediately provide confirmation if the items they receive do not match the list of items listed in the banner. 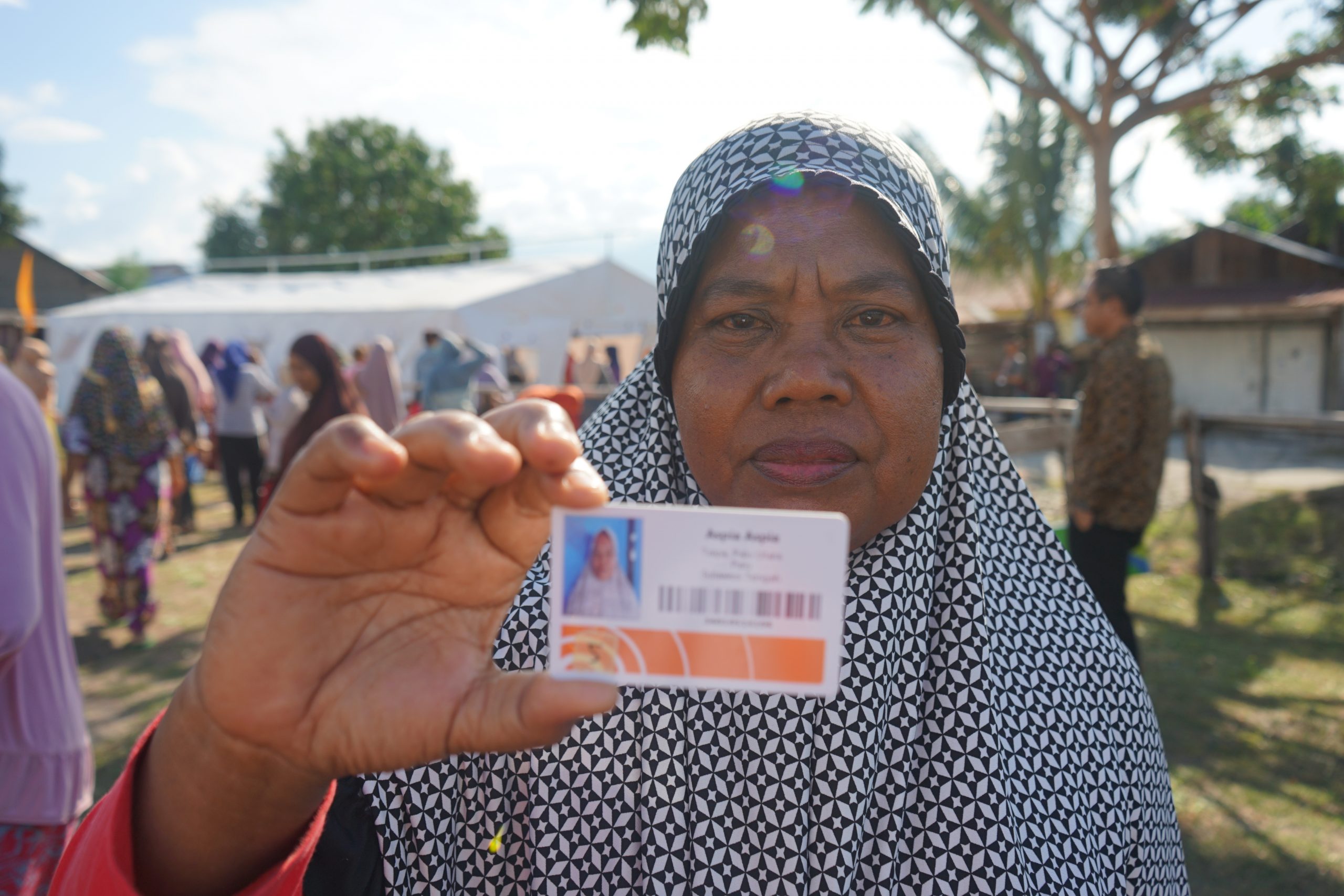 “This way is permissible, fast and the people who get it are indeed really in need, there is no need to use a second party that is sometimes not on target,” Rahmatia was satisfied.

The LMMS card will also be reused later, especially in distributing assistance, so there is no need for re-data collection.

“When it used correctly, distribution can be done more quickly and on target. In addition, this data can also be used for cash-based programs,”

Wahana Visi Indonesia has distributed 9,814 aid packages at 29 evacuation points during the disaster response. In addition to the distribution of family supplies, tarpaulins and food, Wahana Visi Indonesia also distributes clean water to a number of points. This is expected to help the community and children affected by the earthquake and tsunami to get life in all its fullness, even in difficult situations after a disaster.