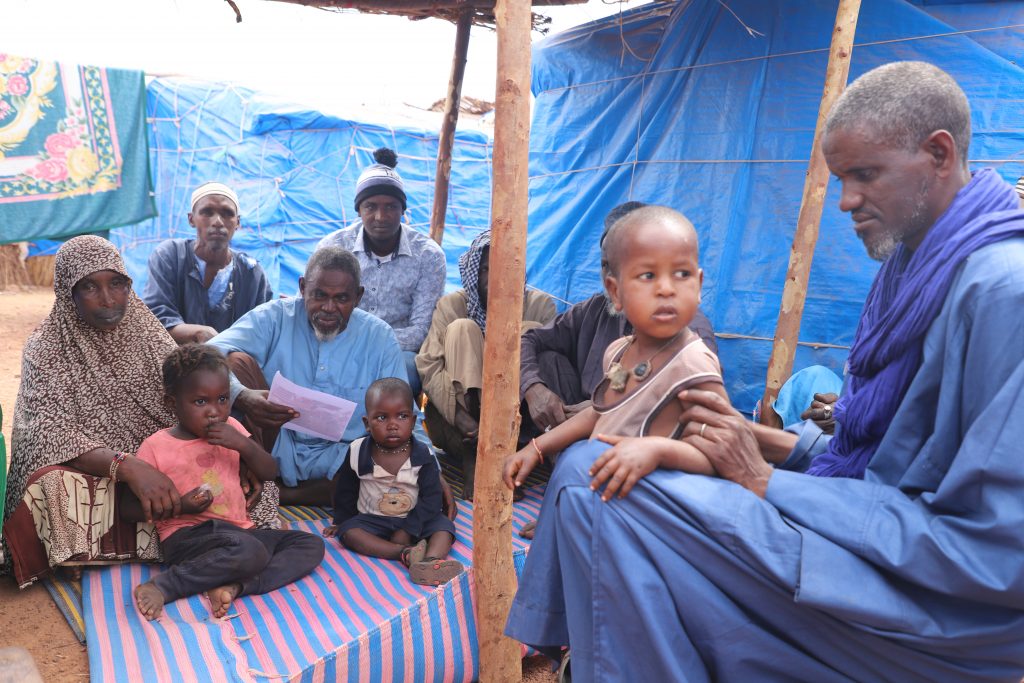 In emergency contexts like Mali, due to long-term conflict, the delivery of aid to vulnerable people fleeing insecurity is essential. In the midst of all the challenges and complex environment, how does a humanitarian organisation like World Vision ensure that humanitarian relief reaches the right people.

Last Mile Mobile Solutions (LMMS) developed by World Vision since 2008 in collaboration with the IT industry is a technology solution design to deliver effective and accountable humanitarian services, and offers several solutions. 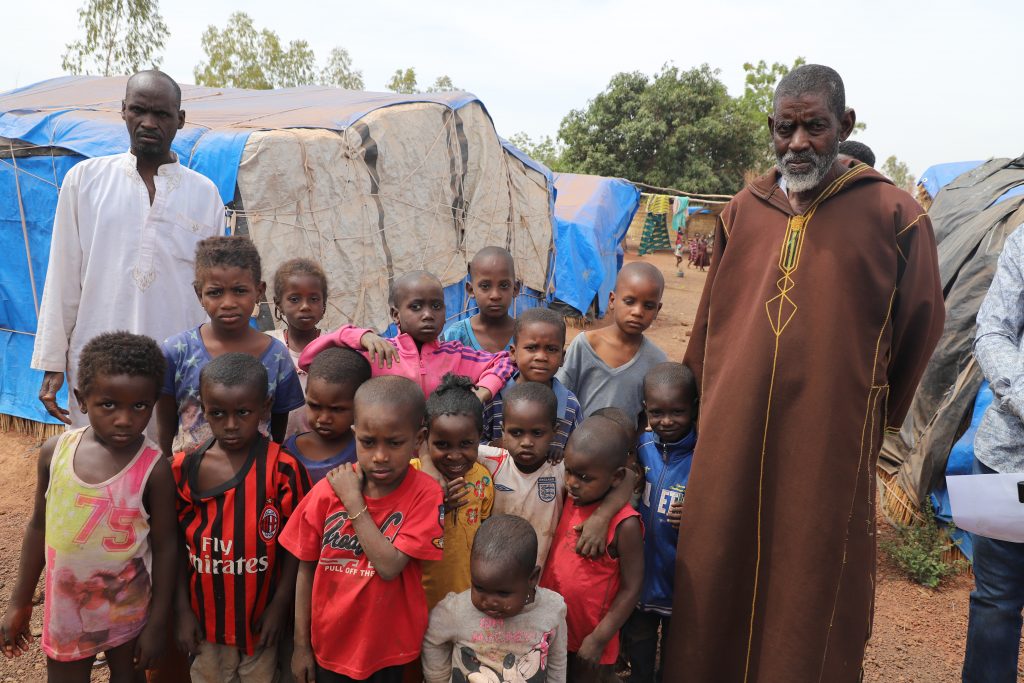 Ousmane Tall, an 82 years old blind father of 13 children, forced to flee conflict in the central region of Mali, can easily attest to that.

“I was not born blind. Seven years ago I lost my sight due to an eye strain for which the doctors have not found a cure, in spite of going through several treatments”.

In the past, Ousmane was a farmer, herder, and the head of a large wealthy family. Despite his sight loss, he continued to enjoy the gains from his hard work. Back home, old Ousmane was married to three women. Now only one remains, as the others passed away a few years ago before the crisis.

A resident of Bankass, (in the Mopti region of the country) Ousmane left everything behind to flee with his family to Bamako. The continued violence and brutality, in the Bankass district, did not allow him to live there, as he explained. “When we arrived in Bamako we first stayed in an internal displaced site for a few days. As soon as I learned that several of my relatives were in the current site I tried to join. Because for me adaptation is easier with the people with whom we had to cohabit in the past”. Added the old man.

“Upon my arrival to Senou site, I was fortunate to be among those the World Vision team registered to receive food. During the registration process, I was given a beneficiary card and I was told that no one could, get food in my place. Before receiving food, I used to go out to beg for food in the streets of Bamako –the Malian Capital-, to feed my family. Sometimes I would come home empty-handed. It was difficult for me to know that my children will starve all day. ’’ Ousmane told us.

After the beneficiary’s registration,
the World Vision emergency response team proceeded to distribute the food.

As you could imagine, the food was a great relief for Ousmane and his family. 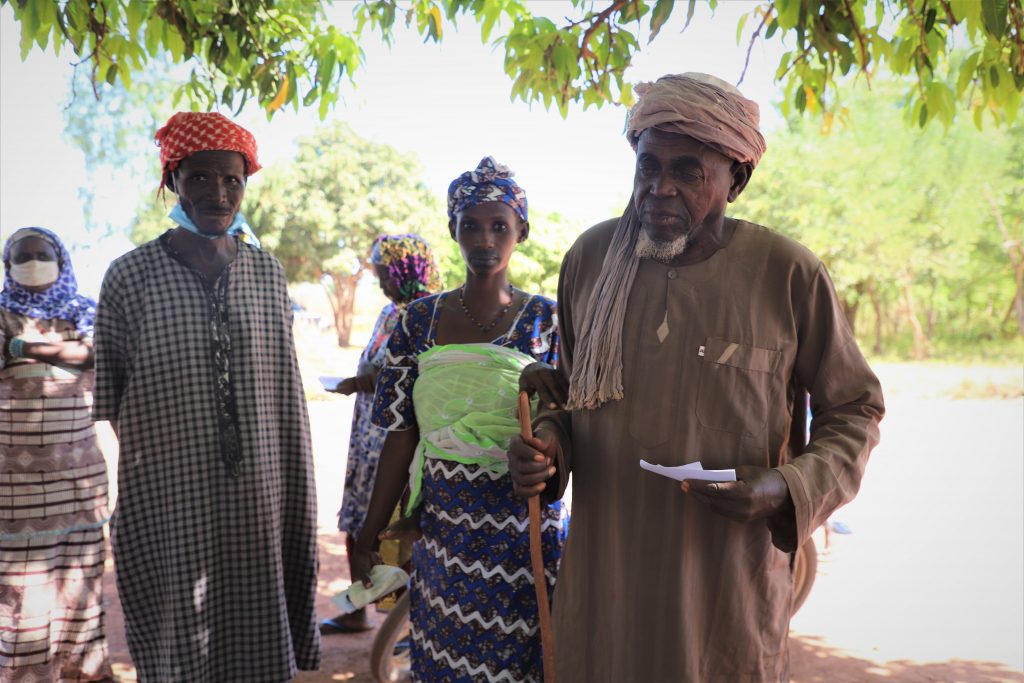 “I was overjoyed when I heard of the arrival of food. I did not think we would be served that quickly, because everybody was in the same situation. People like me were served first at the food distribution site. For the first time I felt considered and respected.
My wife asked me to give my card –LMMS Card– to them to receive a two months food voucher. It was the happiest day of my life since I left Bankass. I received 100 kilograms of rice, two large bags of milk powder, a pack of pasta, and two bottles of cooking oil. In a later distribution, I received four blankets for my family “. 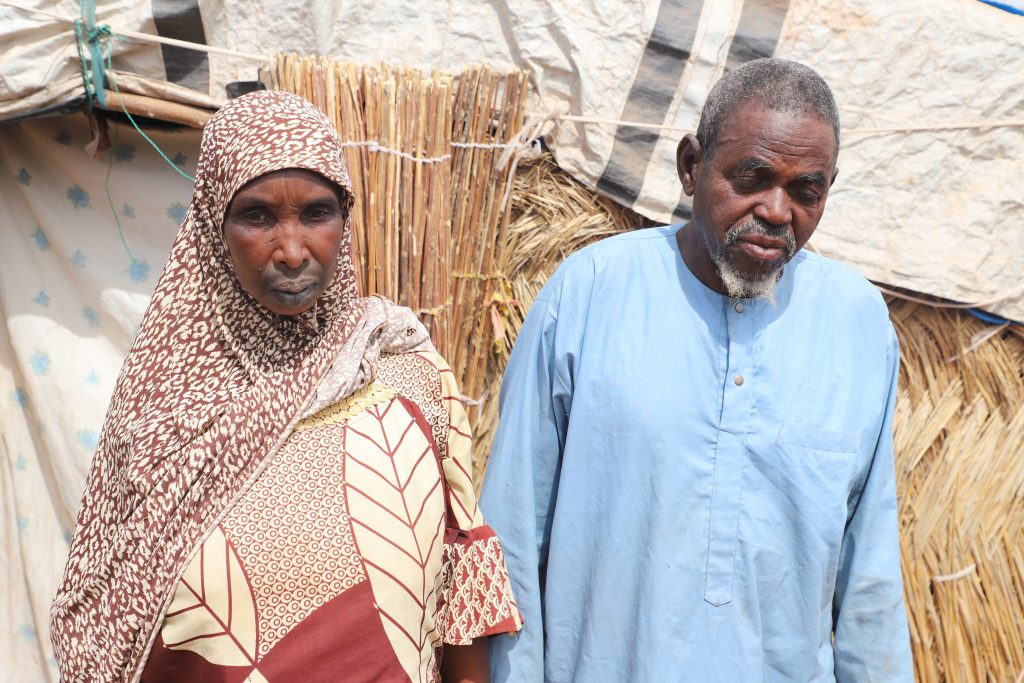 “After the first distribution, I understood the importance of being registered and benefiting from an LMMS card.

Because of my handicap, I presented myself with my wife as a witness to be able to take my donation.

This is truly an efficient system. I understood that it is difficult to use another person’s card to get a food ration or other kind of aid, unless a witness or a member of the community confirms your identity. My wife keeps my card in a safe in place “.

Ousmane and his family are among 260 internal displace families due to conflict in the central region of Mali, which benefited from two months of food assistance. “Here I am safe and thanks to World Vision, I have three meals per day”.

Unfortunately, given the size of the family, they will soon run out of food. Being conscious of that, Ousmane sent his older children to work outside the site and he continued to beg to be able to put food on the table every day.  “I appeal to all generous people to support us because we are in this situation against our will. My dearest wish is for the conflict to end, so I can return home because there, is where I want to end my last days”. Says Ousmane holding his stick firmly to stand up. 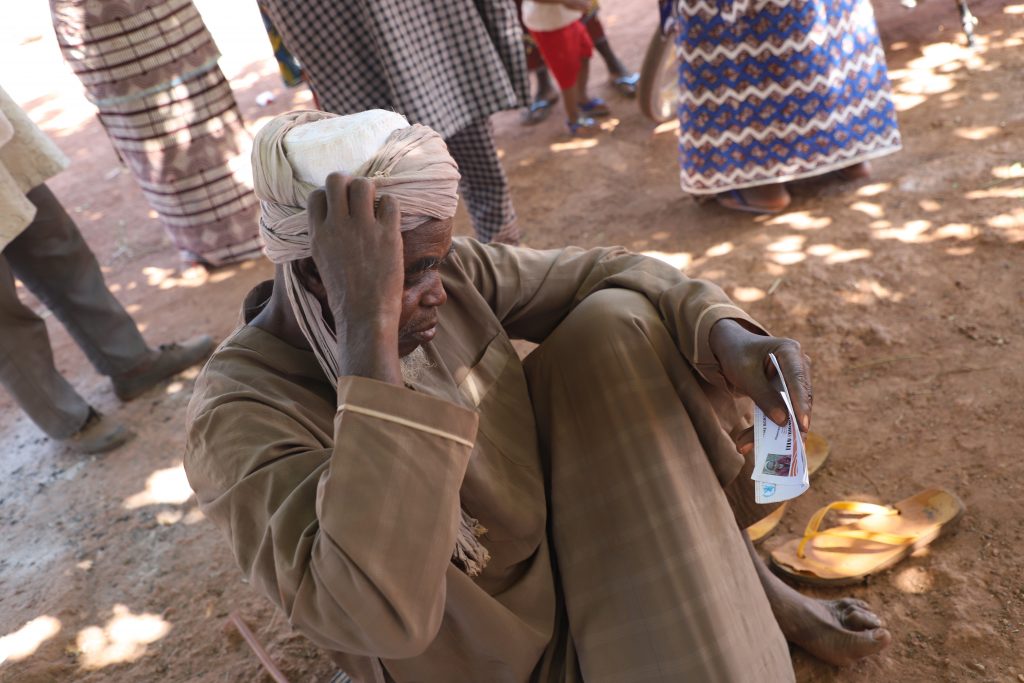